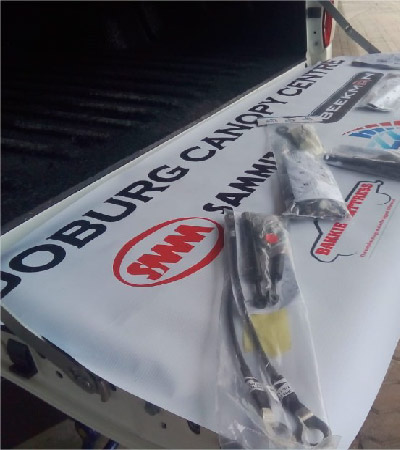 There are so many things that we as humans take for granted in this day and age, in most part because of how much more efficient and productive some technologies have made our lives. This sentiment rings true for many bakkie owners around the world, and if you don’t agree, ask yourself this simple question: when was the last time you took a moment to appreciate your bakkie’s tailgate?

Well, if you’re reading this blog, then chances are that you fall into the small percentage of bakkie owners who appreciate everything about their four-wheeled beasts, from the steering wheels right down to the tailgates. You’re our target audience right now, so without further ado, we’d like to present to you the future of tailgate technology.

As a proudly South African product, the Ezdown Reloaded bakkie tailgate is manufactured in Mzansi by Industrial Specialised Applications and distributed by reputable auto companies like us. These tailgates are designed to make your life a whole lot easier when it comes to loading and unloading cargo in your bakkie.

The Ezdown Reloaded Tailgate is a closed unit that is quick and easy to install. It’s compatible with most bakkie makes and models and offers you the ultimate versatility without compromising your bakkie’s integrity or aesthetics. After extensive research, testing, and reviews, we believe that the Ezdown Reloaded is a pioneer in the tailgate space – let’s take a look at a few reasons that justify our belief in this product.

What makes the Ezdown Reloaded Bakkie tailgate so special?

The Ezdown Reloaded uses components that makes lowering and raising the tailgate the easiest thing you’ll do all day. The unique lifting/lowering mechanisms made by Industrial Specialised Applications are designed to make the tailgate as light as a feather when in use, making it much more convenient for the whole family. Here are a few of the benefits you’ll get when you decide to upgrade to the Ezdown Reloaded:

If you’d like to learn more about the revolutionary Ezdown Reloaded Tailgates, don’t hesitate to get in touch with us! We look forward to assisting you with your queries.